Simon and I go way back. We started working together 25 years ago.

Fresh from a backpacking trip, my old friend Geoff Beacon told me his software firm could do with some support in marketing.

Simon was the Marketing and Sales person at the small, niche software company. Someone less suited to marketing I don’t think you could ever meet. Socially a bit awkward, absolutely no bluff or bravado, and someone who would rather tear out his own fingernails than sell you something you didn’t need.

And yet, he was pretty damn good at his job.

His encyclopedic knowledge on a vast array of subjects, his love of maps and technology (way before Google maps were even thought of) and his genuine interest and ability in solving a business problem, meant he was like gold dust in the industry. 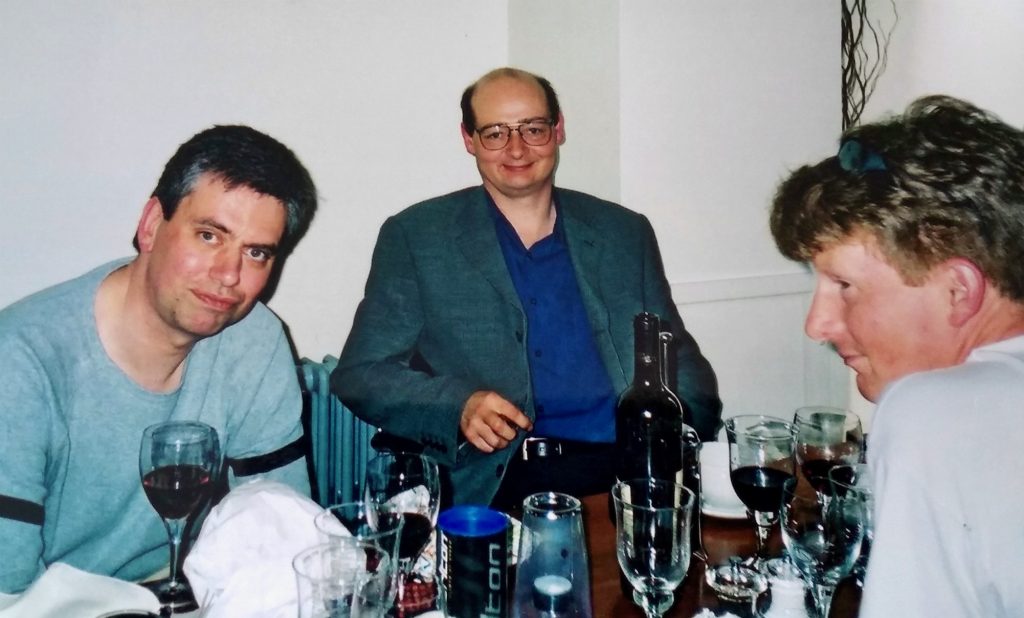 Geoff Beacon and John Dodsworth were absolute whizzes at creating map and postcode based analysis software. It helped many blue chip client  be at the forefront of understanding their customers, strategically opening new stores and planning media.

Over the years I have seen Simon’s care and love when people were in trouble, sometimes even people he didn’t like.
Geoff Beacon

Simon and I attempted to put that magic into words. As comfortable as I was about communicating, it was Simon’s knowledge, humility and deep understanding of how our software could solve their problem, that always shone through.

He liked being on the road, and loved a Little Chef full English breakfast more than anything. 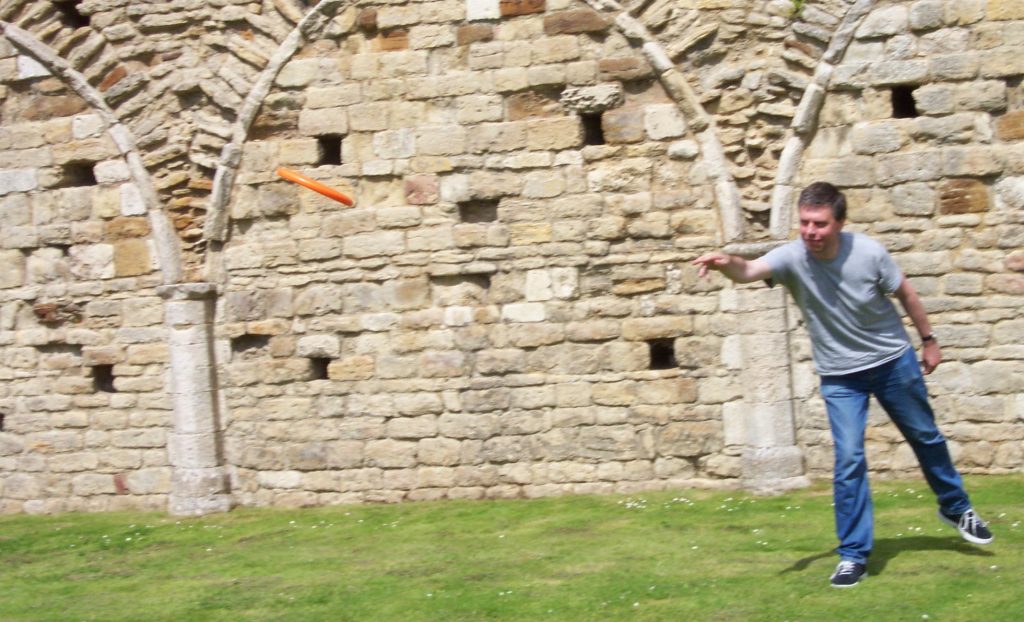 A life-long Labour party member and supporter, Simon was passionate about social justice and a better society. He was often delivering Labour party leaflets in his spare time.

He liked nothing more than heading to the fells, for a walking holiday with his fellow Labour friends. It was a subject we often talked about. We would both talk wistfully about a day on the Langdale Pikes followed by a pint at the Old Dungeon Ghyll.

Born in Gravesend Kent, to working class parents, Simon was quite a child prodigy, eventually studying Botany at Oxford, the first to go to University in his family. He went on to do Biological Computation at York University, which eventually brought him up North to work in software. He stayed in York and set up home in Hope Street, just off Walmgate some 32 years ago.

He ended up being the Commercial Director of the software company, leaving 5 years ago to pursue a more Consultant-based role and to get more involved in his community. 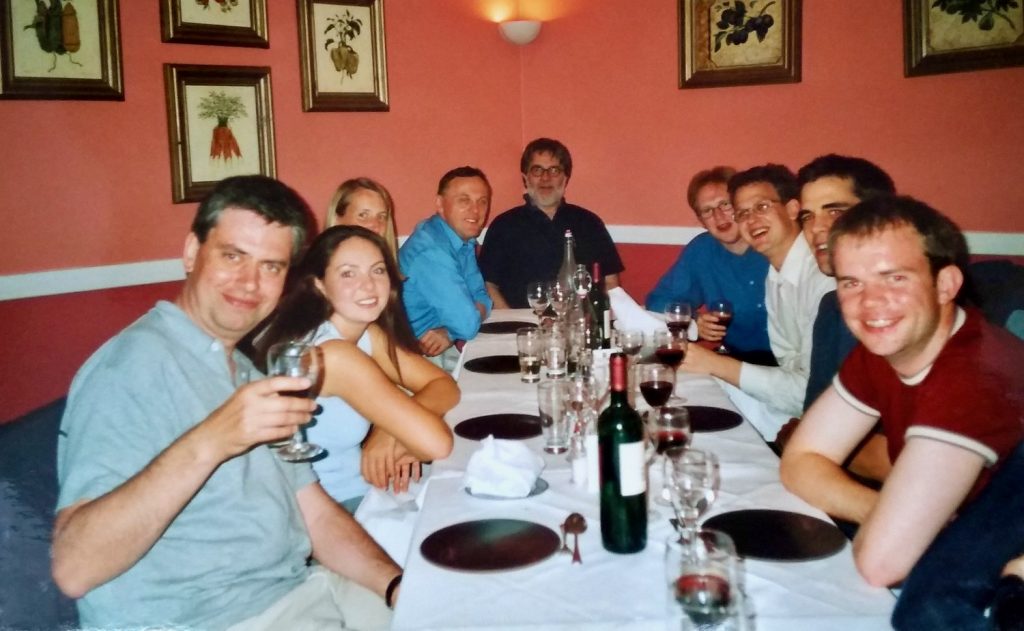 The next time I bumped into Simon, around 3 years ago, I was just starting Social Vision News with Joe. Simon was telling me he needed a venue for the first Walmgate Community Association meeting, a community group he was hoping to resurrect.

He also told me, excitedly, about a City Wall derelict building he was involved in on Foss Islands Road. As he talked about the project, his eyes were shining in a way I had not seen before. He explained to me about a group of people’s vision for the restoration of Red Tower.

I would then hear snippets from him about the grants they were applying for, the surveys they needed to have done, the social enterprise course he was taking and the progress being made. He would pop to Social Vision Connects quietly chatting and gathering knowledge, forging new partnerships.

Simon was a subtle networker, and very good at it.

When Red Tower first opened, I feel it was one of the proudest days of his life. I really felt Simon had found his true passion in life.

But the story doesn’t end there. Simon wasn’t just integral to restoring a now beautiful building, he was determined to make it a community-focused asset. He knew the building needed to be used, and it needed to be for the good and benefit of local people. 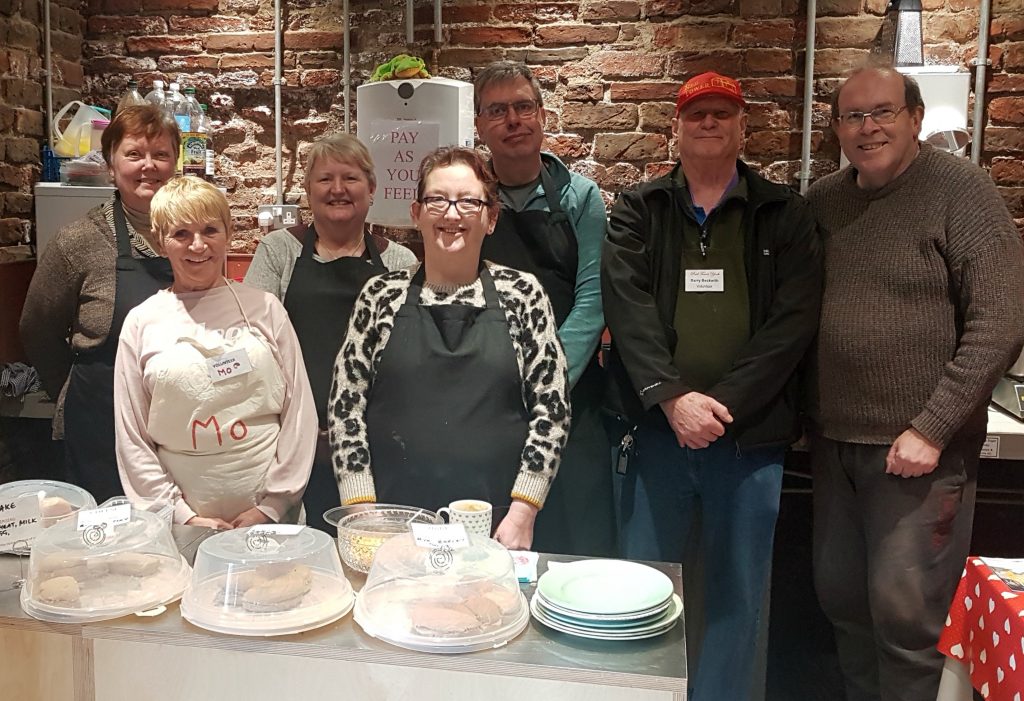 Located just off Navigation Road in York, Simon worked to make Red Tower one of the first places in the city you could go to for a pay-as-you-feel meal. Forging links with Fareshare and the Real Junk Food Project he made the venue a place you could stock up on basic food, a local foodbank for Walmgate residents. And then he introduced the ability for the neighbourhood to talk to different advisors on everyday financial and social issues they might have.

But the backdrop of all the support was a friendly, sociable place, a little Walmgate family where people felt someone had their back, that Simon was very much at the heart of.

Simon’s quiet, unassuming and caring nature came to the fore when taking the Tower beyond the internal upgrade to become a caring and compassionate provider of support for the local community. His collection of Fareshare food donations and organisation of many volunteers and social advisors ensured not only could those in need of food, could also talk to an advisor on a wide range of issue affecting their lives. The part he played in supporting the local community, addressed the issues of reducing food poverty and also reducing food waste. He ensured the Red Tower not only achieved it original vision for the future, but also created a strategy for the long-term sustainability of this unique community facility. 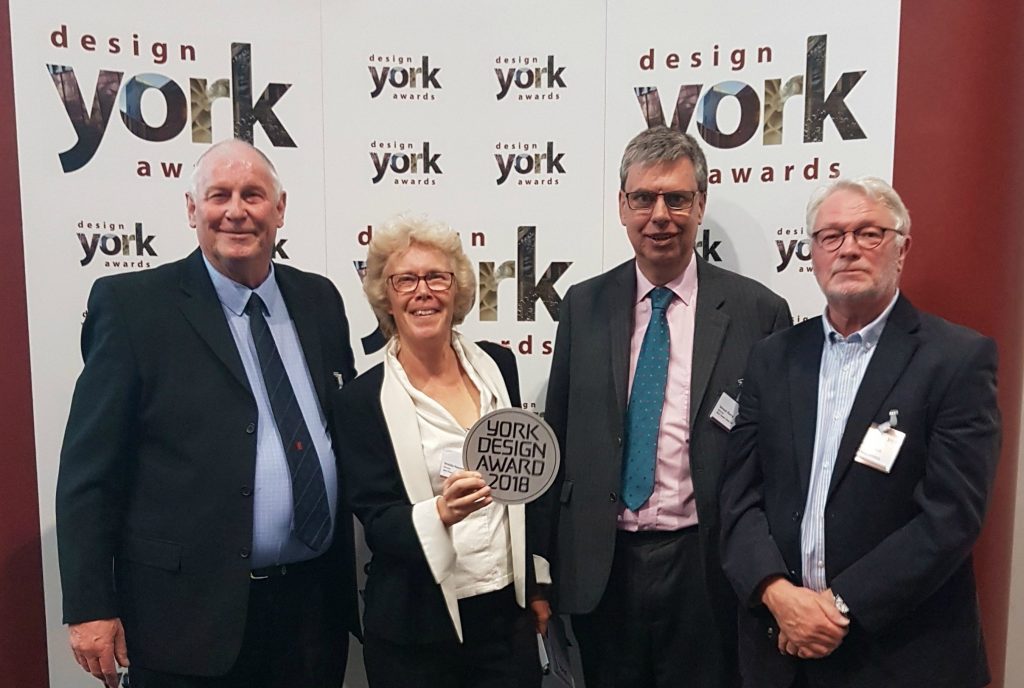 Gave so much, but took so little

Rosie Baker worked with him at the Holiday Hunger Project and beyond and talks about how he gave so much and yet took so little.

Simon gave me a unique opportunity at Red Tower community cafe,  kick-starting my role in the world of intercepting waste food and sharing experiences as a fellow student of the School for Social Entrepreneurs.

I will always be indebted to him for putting his trust in me to set up the Holiday Hunger project for Summer 2018. We were entering new territory together and he was fully supportive of it, me and the many volunteers in every way he could be. That opportunity has got me where I am today;  still rescuing and redistributing crates upon crates of food every week!

He was also committed to being an active member of York Food Justice Alliance, attending group meetings until very recently even as others drifted off, Simon was there.

He saw potential in people and ideas, then he offered his professional skills and practical support along the way, appearing to do this effortlessly and never asking anything much in return. Unassuming, approachable and just plain kind, Simon was definitely unique. 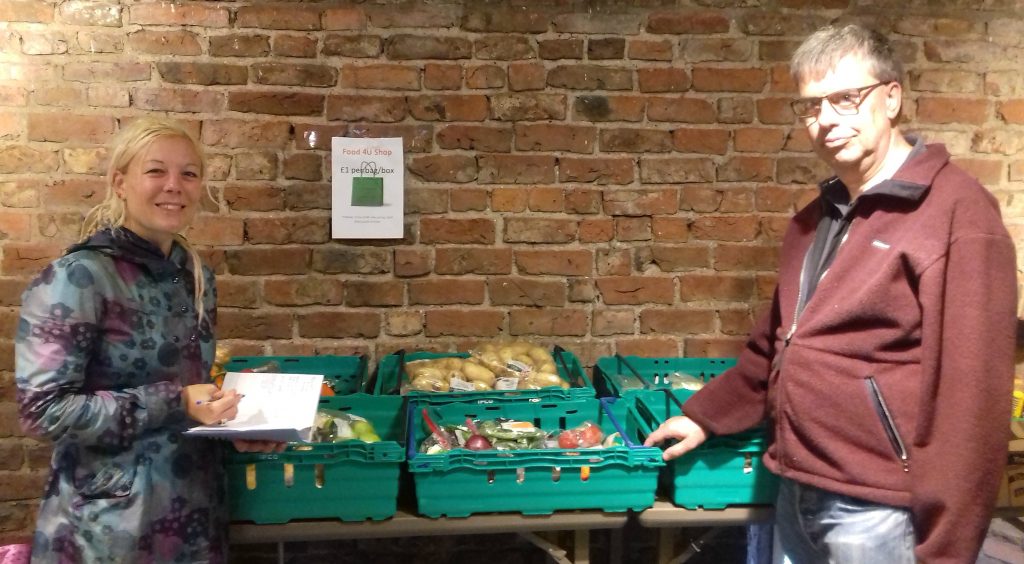 Carrying on his legacy

On the day that I interviewed for the Guildhall Local Area Coordinator role, I had the privilege of meeting Simon for the first time. Passionate about the community that he had lived in for over 30 years, Simon had given up a day to be part of a community panel involved in the recruitment.

During the two years that have followed, Simon constantly extended to me his time, knowledge and support. New events and meetings that I attended, were made easier for me, because Simon was there. Generously introducing me to his network, sharing his wry sense of humour and oodles of experience.

Simon frequently filled my inbox with ideas, articles and offers of help. All with one thing in common; the aim of improving the lives of his fellow neighbours.

Simon knew I was in awe of him, how could you not be? He’d lamented the loss of a community space for his fellow Walmgaters and so he spent every weekend and Monday, creating that space at the Red Tower. It takes an extraordinarily kind person to do that and that’s exactly what Simon was.

Siobhan talks of carrying on his legacy:

Simon, you had more plans for Walmgate that will positively impact residents for generations to come. Me and the rest of your fan club, know what they were and we will work together to carry on building the legacy that you started. We will miss you tremendously, but I hope that we will do you proud.

He loved community; In fact he cared more about others than he did himself.

Many people will miss him. Me too.

The Red Tower York Facebook Group has some lovely tributes to Simon.