Local charity Move the Masses had a problem, their projects were growing locally, they had ambitions to grow nationally, but their behind-the-scenes software was not up to the job.

Their walking buddy project Move Mates was four times bigger than it was pre-covid, with 187 volunteers  – and all the admin, training, recruitment and coordinating mostly done by one person – along side nine volunteer administrators. All using database technology no longer up to the job.

They also have groups across the country telling them how much they want a Move Mates project in their area, and they would love nothing more than to make that happen, but a big National project needs a better type of back-end infrastructure.

What’s more, they were keen for volunteers to have a nice front-end portal so that they could connect better with others, and their own data and stats.

But what to do?

They thought about hiring a developer, but didn’t really even know what skills they would need or how to assess them, they also wondered whether there would be that kind of funding out there for such an ambitious project.

They had to think again.

So they turned to Reach Volunteering, a website they had used previous to find a trustee.

They advertised for a Technical Advisor, someone to understand the project and create a brief for the right type of developer.

We need someone who knows their PHP from their Javascript and understands all that technical websitey lingo. We’re looking for someone technical enough to help us create a brief and recruit or contract the right person with the right skills.

Their brief was vague, but fortunately for them Rob got in touch.

Rob had been in software development for 30 years before giving up full time employment in 2019 and was looking for stimulating and worthwhile ways to occupy his time. He came across Move the Masses opportunity on Reach and concluded creating value through volunteering ticked the box for him.

The Move the Masses’ project fitted with his career experience and after the initial chat with their CEO Egg Cameron, he warmed to her enthusiasm for the project and particularly that she was looking for a solution to a problem, rather than trying to sell him on a preconceived solution.

So Rob started providing technical input on the project and advise on potential solution and then he decided he wanted to take it on not just as an advisor but as lead developer.

Not only that, but he wanted get together a volunteer resourced junior development team –  people who wanted to upskill or change track in their careers. Then to benefit and support those people, we wanted to bring on volunteer mentors; experienced developers looking to share their skills and pass on knowledge.

Software touches almost all aspects of everyone’s life and yet the software industry is still dominated by a narrow demographic that is unrepresentative of the people that use the software.

I’ve always favoured opportunity for all so considered that the Move the Masses project would be a great place for people from under represented groups to practice their maturing software skills in a real-world project.

Key to this was ensuring that we give everyone the opportunity to own a particular aspect of the solution and provide ‘perfect touch’ support courtesy of our very experienced software mentors.

They went on to create the opportunity for volunteers to experience real world software development, in a safe environment for a fantastic cause.

Everyone from a new graduate looking to build experience to a refugee whose aim is to use this experience to find their first UK job in the digital sector.

One of those volunteers is Erdal who came to the UK seeking asylum.

Erdal was looking for ways to integrate into his new country, understand how people lived and what they were like, and to improve his English.

He had tried to volunteer with local charities, but the pandemic prevented that, so he searched online.

He was excited to read the advert for Move the Masses as he had the skills and saw it as an opportunity to improve himself.

Erdal helped Rob’s team to build dynamic forms for admin volunteers, so that they could customise forms without needing the help of a Manager

It was great to meet new people. Everyone helped me a lot to understand what is going on. I learnt a lot from Rob and other mentors.

I have seen how people work and communicate here.

It was a great opportunity. My self confidence has improved and the whole project has helped me to integrate into the country a lot.

Erdal has now finished on the the project and with his new-found confidence, has found paid employment.

So that’s the story – seven outstanding volunteers are busy creating a system for Move the Masses that would have cost the charity thousands of pounds to create professionally.

Of course Move the Masses already knew the power of volunteering, but getting volunteers with this level of expertise and willingness to make use of their own professional experience for a good cause has been astounding.

For Rob it has been a really enjoyable few months.

I truly believe that the charity will be in a much stronger position to realise its goals with the launch of the software we have created.

I also think the approach we have taken will help our volunteer developers and also be a valuable case-study for other charities trying to reconcile ambition with available resources.

I look forward to watching Move the Masses, and our volunteer developers, realise their respective potential.

And that feels really good!

Find out more about Move the Masses 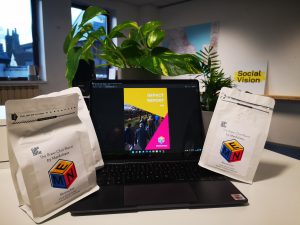 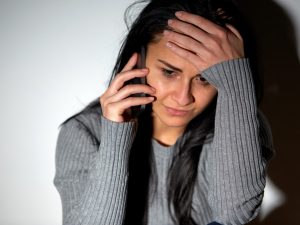 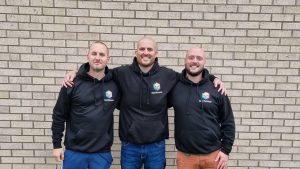 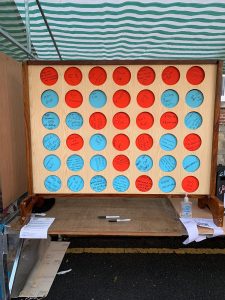 400 residents have their say on Tadcaster 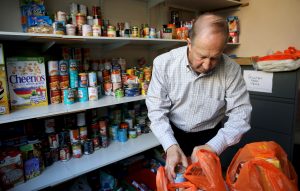