My old client David Smith, the CEO of Teesside Hospice, had his Dad to stay in October. They had various day trips planned and on the first day it was a wander around York. But as his Dad is now living with Alzheimer’s, a trip to town wasn’t quite the happy and easy experience they were expecting. I saw on social media the struggle they had had and asked David if he might want to share his experience in a blog. Here’s what he had to say:

‘Let’s pop into town for some fresh air and a wander around.’ How many times have we all said something similar on a quiet day with a few hours to pass by and to get a bit of gentle exercise?

This time was a little bit different for us. My Dad, who was widowed three years ago and very shortly after diagnosed with Alzheimer’s and vascular dementia, had come to stay for the week. He lives on the east coast close to my sister who looks after him, but with her much needed holiday on the horizon we had to plan his care – which isn’t as simple as it might sound.

Dad doesn’t really understand his diagnosis and gets easily muddled. When things are in order he can follow a routine but any deviation causes him huge anxiety and distress.

This time we had a plan. Dad always enjoyed coming to Yorkshire and with a few gentle prompts he was looking forward to his ‘holiday’ and a change of scenery from his usual environment.

Of course, when it came to it, it didn’t work out quite so smoothly. Dad’s anxiety grew rapidly the closer the time came to his visit. His confusion over days and time didn’t help, and by the time he got into my car he was clearly distressed and showing signs we hadn’t seen before that took us a while to understand.

The drive over though was soothing for him. The countryside, a gentle pace, avoiding busy motorways, simple conversation. By the time we got in he’d settled although we perhaps should have anticipated the ‘Where is my house key?’ conversation within a few minutes and panicky checking his pockets until it was found.

Dad always loved coming to York. Though a Yorkshireman through and through, it’s a city he’d rarely visited until I moved here in the 2000s. He’s got happy memories of visits here with Mum.

I hoped to make sure we’d make as many happy memories as possible on what could be one of his last trips to stay.

Planning a gentle start, and after checking the weather forecast, we decided on a bus trip into York for his first full day.

Luckily the bus stop isn’t far from my house so we wrapped up, had the inevitable hunt for the bus pass (deep breaths!) and the bus arrived within a few minutes of waiting. ‘Phew,’ I thought, ‘we’ve done it!’ And that’s where my learning really started.

I’d already got Dad prepared with a mask and his bus pass in his hand, but on getting on the driver told him to pull his mask up further. Dad has hearing difficulties and he couldn’t understand what the driver was asking him to do. I didn’t want to intervene and infantilise him so I tried to indicate to the driver that I’d sort it out. The driver looked blankly at me but by then Dad was trying to tap his bus pass onto the machine. As it was in its wallet, the card couldn’t be read, yet Dad didn’t realise that. The driver told him to take it out of the wallet and you could see some of the panic start. He fumbled with it a while but eventually managed, tapped the card and went to sit down.

Dad didn’t even notice that half of the seats on the bus had yellow bands on them advising social distancing. Still fumbling with his bus pass and with so many signs, instructions and distractions, this just passed him by. As the bus was almost empty I decided to let it go and help him relax.

When the time came to get off, the pavement around the Theatre Royal was busy. People going in either direction, some waiting for buses, some pushing past.I could see the trepidation in Dad’s face and despite his pride, his look to me for guidance was heart-breaking.

Leading him down the now surprisingly narrow pavement I could see him checking to make sure where the pavement was.

I realised for the first time just how disorienting such a simple thing as a busy bus stop might be. 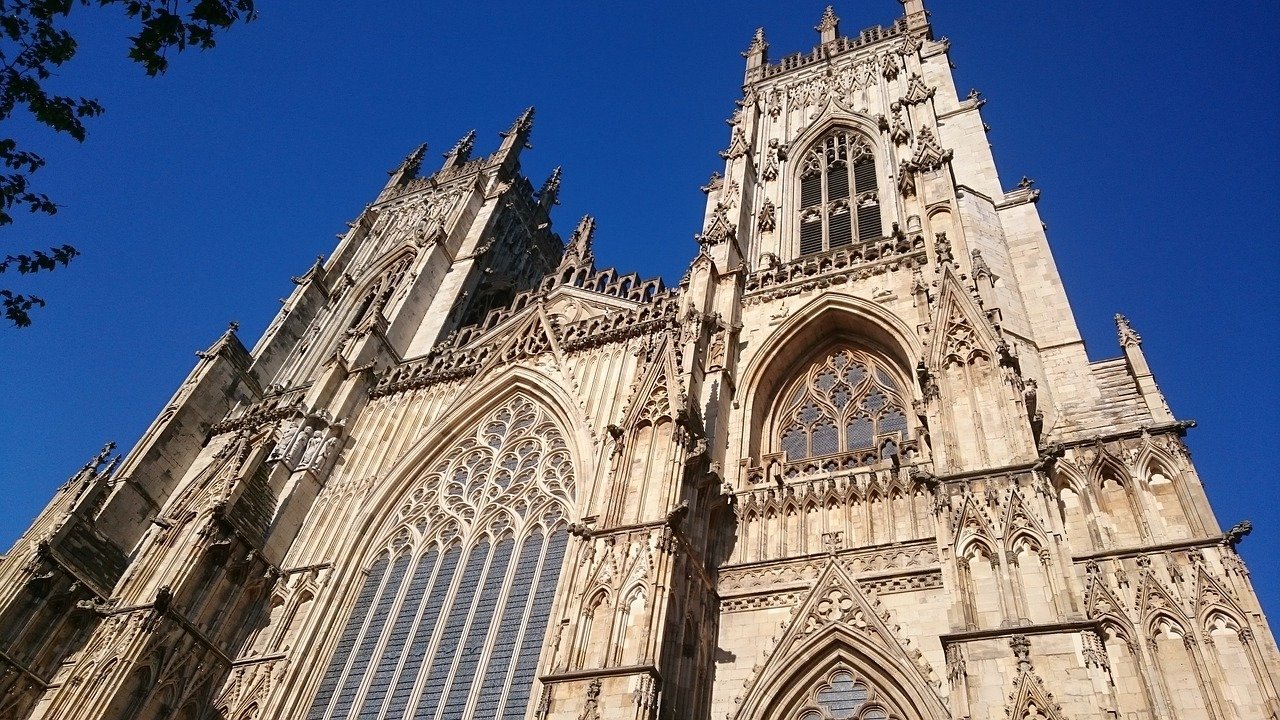 Approaching the end of the road I looked left to walk towards the Minster as that seemed much quieter and noticed then Dad’s anxiety when he came to a junction. He didn’t know which way to go and I learned quickly that saying ‘We’ll head to the Minster’ wasn’t enough. Explaining in advance that we’d be turning left or right or straight ahead at the junction was what he needed to know and once I discovered that, things became easier.

I’d never realised just how much clutter is in the way until then, and how unnecessary and disabling so much of it can be.

There was so much information I could see Dad hopelessly trying to process. His anxiety was rising and I wanted to try to help him relax and enjoy the visit he’d been looking forward to.

We walked slowly by the Minster and along Goodramgate. The Minster square was quiet and Dad was able to look around and settle a little. Goodramgate was a problem though. Dad couldn’t really grasp that pedestrians could walk on the road and kept moving back onto the crowded pavement, to where he felt safer.

It was all a bit too much for him and he was already starting to get a little out of breath. I looked around for somewhere to sit and rest and then it really hit me.

Where has all the seating gone?

What few benches were left were either occupied or filthy. Neither of us wanted to go into a fancy cocktail bar or trendy coffee shop just to sit down for a bit. He wanted to enjoy the atmosphere of York, not be indoors or queueing for an Americano.

Fortunately, salvation was at hand in the form of Browns. Always a favourite, I looked in the café and there was a table free right by the window. Table service was excellent and within minutes we had cups of tea and a delicious scone to enjoy while Dad sat back and watched the world go by for a happy half hour or so.

And then he said he needed the loo.

Such a simple thing, but I know he struggles with stairs. I also knew the loo in Browns was on the second floor with the last bit only accessible by stairs.

But where else could we go?

York, like many other cities has closed most of its public toilets and those that are left had payments and turnstiles the prospect of which filled me with dread.

Even if we got Dad in, what condition would they be in once we got him inside?

So we braved the stairs at Browns and with a few stops on the way Dad got himself sorted out and we were ready for a wander around town.

By the time we reached Coney Street though it was clear Dad needed another rest. Again I looked around and there was nowhere to sit. We carried on with Dad getting more and more out of breath, me making the excuse to look in shop windows so he could take a breather without feeling like he was causing a problem.

Another trip to the loo was needed and thankfully Waterstones was close by.  Dad didn’t think he was ‘allowed’ to use the toilet in there but I assured him it was OK and he eventually felt comfortable enough to go.

By then we’d been in town for an hour and it was all too much for him. 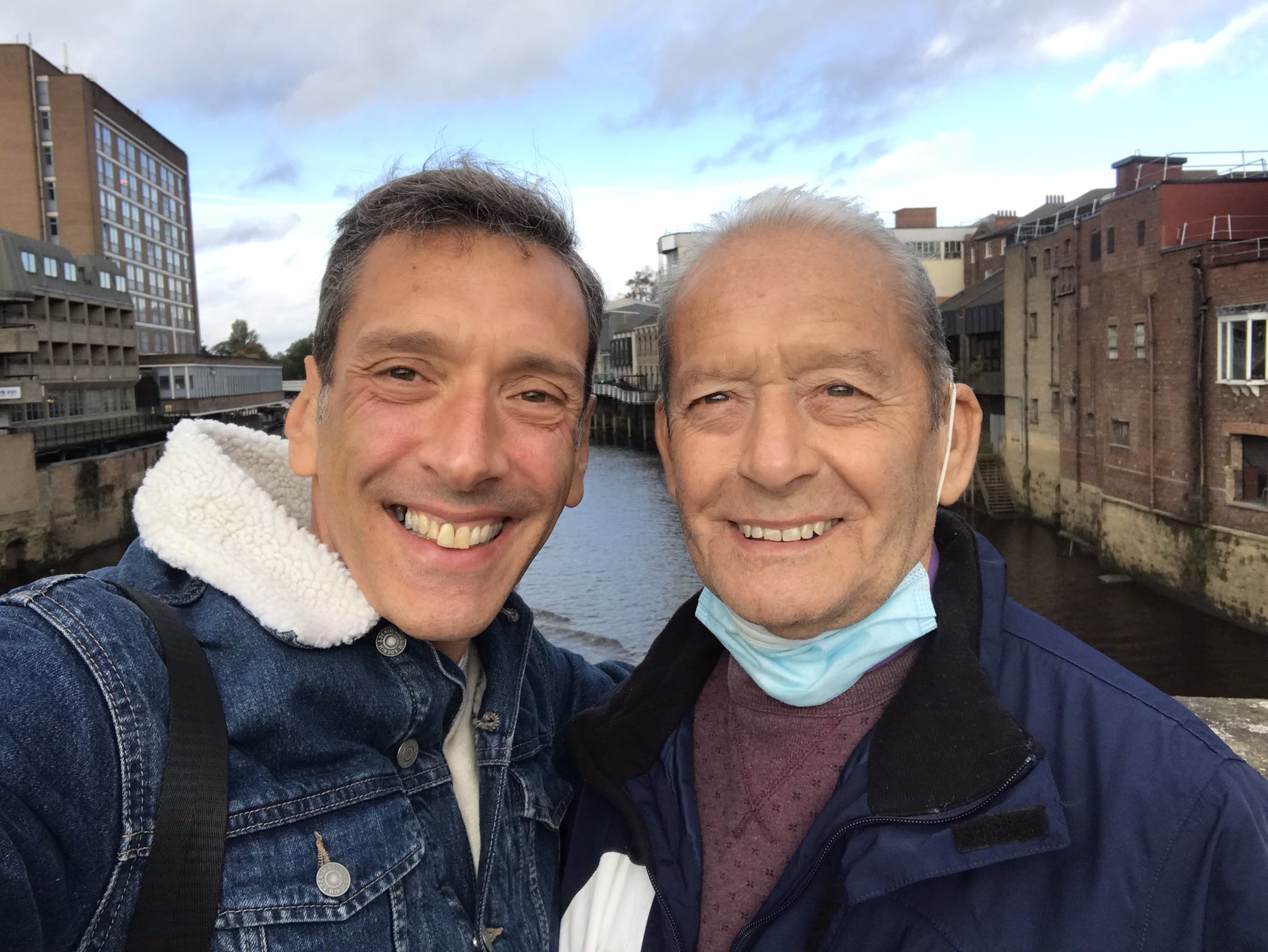 We walked back to the bus stop and as luck would have it the bus arrived within a few minutes. Just as well really as there are no benches at the bus stops on Duncombe Place which would have been problematic if we’d have had to wait for a long time.

The journey back home was good. Dad often forgets the bad and remembers the good. He’d had a trip out and could now go home to rest, but I could help but think  ‘How might it have been different?’

Next time I’ll plan better. I know Dad won’t be keen to go back into York any time soon so our next trips out will have to be elsewhere. Fortunately he’s got us to do the research and planning, but what of those who haven’t? Those who just stay at home afraid to go out or have their lives severely restricted.

Having worked in mental health, charities, healthcare for many years I’m not totally unaware of the pressure around funding, planning and safeguarding. I’ve attended countless events celebrating the launch of this initiative or that, read endless press releases about dementia accreditations and seen lots of appified information systems, videos and stories about projects that have been funded to improve dementia support in York and elsewhere.

When it comes down to it , there are three simple things that could have made things easier, more enjoyable, more inclusive and less distressing:

I’ve been as guilty as others at always looking for the new and what I’m reminded of from this experience is that sometimes the most pressing needs are our most basic and the best answers for those needs are simple and already known. Not innovative, not digital, not exciting but simple things that would make a real difference for us all.